The swirling swirled today in preparation for tomorrow’s full moon… The last one of the decade. I tended to a unorganized mental list of things to do, and was more successful than I felt. I kinds felt like I was chasing chipmunks, 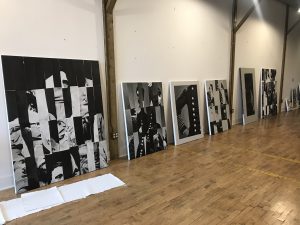 I haven’t committed to a title for my January show, and that’s odd for me. It feels like a symptom of my care-less approach to the art world which has become my default mode around that arena. It’s freedom. There were too many years of days under heavy weight, and that had to stop. This year has delivered me from that bondage (mostly), and so I hold 2019 in high regards for the work that was accomplished. Achievement esteem is bullshit, and I unloaded my emotional tote bags of that crap to lighten my load. Will my art career “suffer” due to this? I don’t know, and I currently can’t say that I care. I’ll keep making paintings, and I’ll keep looking for places to show them, but I certainly won’t get too attached to any results…

Nowadays, getting a rejection letter isn’t so bad. Mostly, that’s because it seems standard to not get any reply at all. I had been in touch with a gallery that recently expressed some interest in my work, but this morning got the email that they “weren’t interested at the moment.” It didn’t hurt at all; it used to sting deep. Later in the day, I got cut from being a part of a group show that is opening this weekend… It was like a two for one kind of day.

Non-attachment and acceptance are motherfucking superpowers.

A Note From Simon 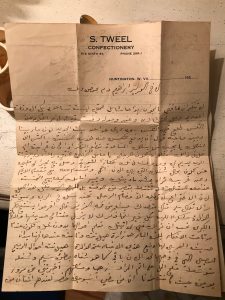 I don’t yet have a clue what this letter says, but I’m inclined to get it framed and hang it up somewhere. My mom’s dad’s dad is Simon Tweel, and he came to America from Lebanon. Ancestry is fascinating and mysterious. It’s like an adult treasure hunt, if you’re interested in uncovering the lineage. 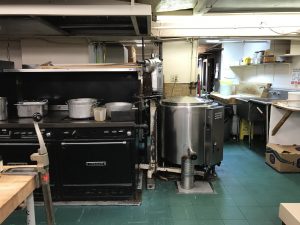 I spent the day in the kitchen at Jim’s, making the forty gallon batch of spaghetti sauce. It’s a lovely process, and through the six hours, there’s a rhythm that is needed to ensure the best results. My experience today started a little rocky, but eventually I found the groove and rode it through until the sauce was finished. It is going to be weird to make my first batch in Nashville, far away from all of the comforts of Jim’s kitchen. I trust that what I have learned will make the initial runs “easy” enough, but, who really knows?

Time was also spent studying the stand for the new mixer, trying to figure out how to replicate the existing one. There’s a guy in Huntington that can likely help me out, but it will take some concerted efforts, and likely, some mistakes. Regardless, I feel one big step closer to production time in Nashville, and that’s great news. 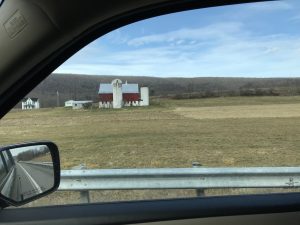 The journey continued today, and it was so fine. The American landscape rolled along all sides of me, and I looked and felt. My father was born in Pennsylvania, but he didn’t live there long. I’ll be spending a day at Jim’s, making spaghetti, and discussing the fabrication of a new stand for the mixer. The museum experience lingered today while driving, and I am curious how it feeds into the upcoming studio work. I think I needed that intimate interaction with masterworks. Anyways, there are just over three weeks left of this blog streak, and then I will certainly lay off it a bit. I hope to return here, but with a different dynamic, to keep unfolding pieces of story. Good night.

Art and a Hobart

On the trip to Philly to buy the Hobart mixer for Jim’s Spaghetti Sauce, I took time to visit some wonderful collections of art. Much preferred by me over Miami art fairs and Nashville art crawls, this stuff isn’t trying so hard. Thanks to my wife who convinced me to stay a day here to see these collections… I would have driven the twelve hours, slept, bought the mixer and left. Now, it’s time to sleep, wake, and get to WV to deliver the Hobart. 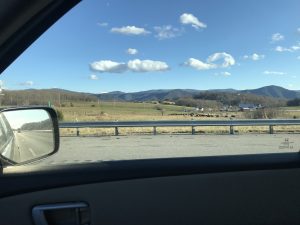 Here’s another idea that could get one tangled. As I spent twelve hours driving to Philadelphia today to purchase an old Hobart mixer, a couple of people questioned whether or not I needed to go this far to get what I needed. I thought about it, and that answer to them both was, “Yes… there are no shortcuts.” I am replicating the production of Jim’s spaghetti sauce just as it is done at the store, and that required a specific mixer. The man in charge of retrofitting the mixers at the store led me to search for such a specific model, and now I’m in Philly to buy it. So, are there really “no shortcuts?” Wouldn’t it be smart to utilize them if they serve the greater good, and show no negative consequences??? Certainly. Nothing is ever so clearly black and white… there’s a “both/and” flavor to most things, and the “no shortcuts” falls in with that. For my mission, there will be no shortcuts in a lot of ways, as I am seeking to do it “right,” just as it’s done at Jim’s. That’s just me doing my best… the rest is fluff.

Sometimes, you know several people that share a birthday. Dating back to the late eighties, during high school, two girlfriends were Dec 3 born. Does it mean anything at all??? Probably not, but it sure gives a human reason to consider.

The art fair monster arrives in Miami this week, and I am glad to not be a part of that this year… or, maybe ever. I’m not smart enough to write a proper critique of what the impact on the art world is because of this commercial disease. I worked there for two fairs, and I saw and felt the essence of what it is, and I was not impressed; I was slightly entertained and slightly disgusted.

Anyways, I’ll be doing my spaghetti business in Philly when the fairs open, and that feels great. It has been a wild, supernatural several years since I last worked the art scene in Miami, and it’s proper to feel more authentic now than then. For that, I am grateful.