i am either drinking too much coffee/cappuccino, or, the backlog of paintings that i want to make is sending my eyes and brain into an updated version of overload… or, it’s both. there is this sensation that my eyes are trying to see inside and outside at the same time, all of the time. i am doing the best that i can to flush out my vault of visions at least two at a time. yesterday, i began forty-four five by seven inch mixed media pieces based on the Shiloh photos. i delivered five paintings to the gallery today, and one of them was sent home with me. i am launching into production of at least four more pieces that will incorporate the 19th century wallpaper patterns… that work is wildly stirring the pot. i am fairly proud of that pivot in my work. i am still working on the six foot tall portrait of Nathan Bedford Forrest. i am still investigating a Kickstarter campaign. i am still pursuing funding for the project . i am still available to my lovely wife and most inspiring daughters. they are the fuel in my engine. 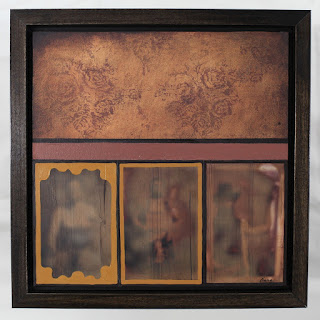