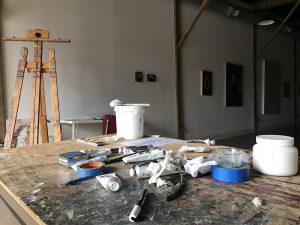 1. WE ADMITTED THAT WE WERE POWERLESS OVER OUR ADDICTION — THAT OUR LIVES HAD BECOME UNMANAGEABLE.

One of my “addictions” is my studio art practice/career… it is one that has littered my life with various consequences (isolation, financial despair, delusion), especially as of late. It’s a cussing hard thing to admit, because it’s not as blatant/taboo as most of the other addictions. Of course, I am taking this idea full scale, because that’s what addicts do. I don’t have much else to say about this right now… it’s been one of those days that punches in the gut, but it’s likely that it will strengthen my core.