after spending six months in the studio full time, i am back at work earning a “consistent” paycheck. it has been wonderful to solve easy problems… with things like caulk, sandpaper, and a shop-vac. i have taken my talons out of the other dilemmas that were on my plate for the first half of the year, but they remain on the plate. the project limps along. for a couple of weeks, i have been stymied when trying to approach “Farm Women,” but two nights ago, i broke through the Great Wall Of Resistance, and the simple movement created just enough momentum to push me into the necessary space. there were new brushstrokes on the other side that i was not expecting. according to the schedule that i am trying to keep in order to finish all thirty-six paintings of the project, i need to begin a new painting this week. i can both say that i want to move on from “Farm Women,” which has been difficult, but i also want to push back and find some more solutions before moving on from it. i do know that Nathan Bedford Forrest is next up for me in the studio, and i could not be more pleased with the timing. i will get into my feelings about this on another day. sometimes, i feel like a soldier and a general, both. 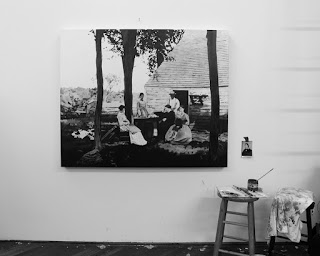 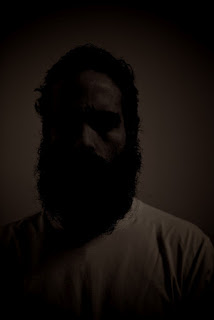