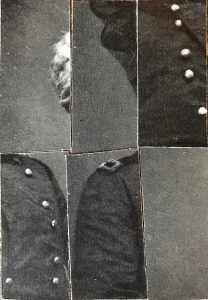 I’ve been wrestling a bit with the concept and visuals for my show in January. The general notion of having some framework to work within helps point the way as I begin the series in the studio. My inclination was to veer off the path from the recent paintings, and I think I can do that with new techniques while I mine deeper into the imagery that I’ve been drawn to. I’ll seek discomfort in the creative journey during this production run, as I need to grow through stretching boundaries. No telling what will come of it, but the visions are exciting. Today opened the door to focussed playing in the studio with pieces of images that will shift it multiple ways.

We leave for the beach in a week, and it hit me today of my deep need for such a vacation.