With the new job at David Lusk Gallery Nashville, studio time has transitioned into these short blasts of hyper-productive (at times) focus.  Last week, I was notified that my show at the Parthenon will open January 24-ish, instead of March or April; I gasped.  That is a lot less time than I thought I had, so, the game changes.  This happens everywhere, all the time… thus, one of the reasons that I have never been much of a planner.  So, I have launched into the difficult work of “finishing” Gilbert Hunter.  With the schedule change, does the overall scheme of the show change?  I had a exhibit plan based on the duration of production time I was given… now, are there less paintings?  Are the paintings “less” finished?  Gilbert Hunter stares at me quite blankly, and I imagine that may be how he sees me at the moment.  I stare at him intensely, as if looking through him for miles.  We will make a decision soon. 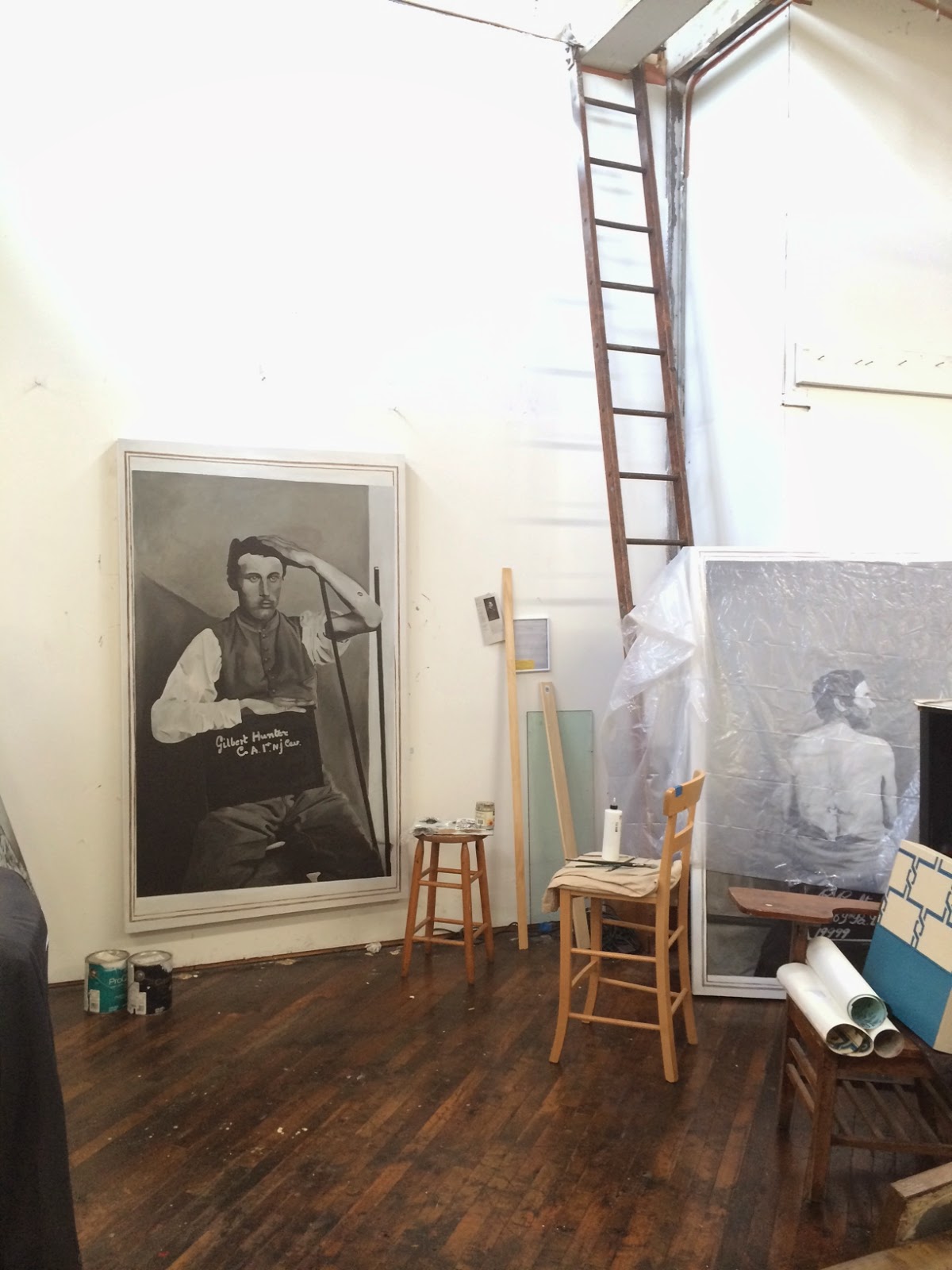