In the Flow Zone 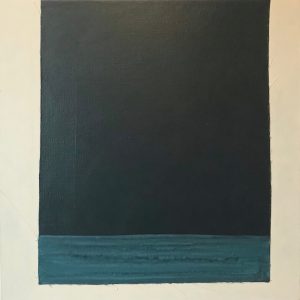 A friend stopped by the Studio today, a guy that has been in the gallery world to different degrees for his share of years. He’s an artist first, but found work as a preparator to bring a steady income, and he ran a little gallery for about a year. We catch up two or three times a year to take each other’s pulse as it relates to our relationship with the art scene. As the last handful of years have been tough on many folks, galleries, and institutions, our conversations have had the same, consistent temperature… a low grade fever. This general malaise has effected many of my friends/peers/acquaintances, and it got to the point where I sort of “checked out” to build myself back up from the illness. So, today’s conversation, though peppered with some critical thoughts on the art scened, seemed weightless. I no longer feel like I am under the heaviness that I felt when I was taking on responsibilities that were not mine. Now, I am making paintings , following one focussed whim to the next, playing with various inspirations. Finding the Flow zone is a daily duty, a battle sometimes. The oppositional forces fight to keep me away from the prize, but I am aware of where my weapons and weaknesses are, and this knowledge is better than gold for me.

Art and the End of Suffering asks me to remedy the internal obstacles, and so I find much less interference from the epidemic-like dynamics of the art world (scene) when I do my Work. (Referencing the Haiku Painting above) It’s a bit like standing on the water’s edge, grounded and secure, watching the stirring ebb and flow.