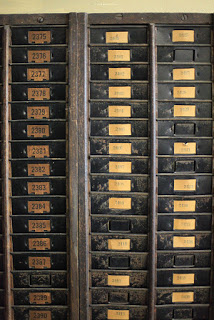 this version of life is surely the most bizarre one i that i have ever lived. blogs, texts, stock markets, caramel macciatos, spandex, light beer, nascar, bubble gum, facebook??? i sometimes get stuck in the realm of disbelief, and i become less likely to fit into my semi-defined person here on earth. i just don’t believe in very much of what is established as our business here… the systems that seem to give fairly direct orders on how we need to go about things. being “on the grid” demands much from us. earning a paycheck is the bottom line here, but there is obviously more to living than spinning our energies at some chosen job. my “house painting” business of twelve years is nearing it’s end. i can no longer invest my time in that occupation. to put it dramatically, it is killing me in several ways. i will spare you the bloody details, but believe me, i will die soon if i keep doing this type of work. my body may continue on, but i will be bled out of spirit, completely drained… ok, so that’s being a bit dramatic, but it feels about right to put it in those terms. so, i am thirty-nine and a half as of several days ago, and i made a pact with Myself a year and a half ago that by forty, i would be doing something else for a paycheck. i have six months to make that deadline, and i am now in the mode of making magic. i have a Proposal for a four year project that will amount to thirty-six large scale paintings that tell the story of the Civil War. i would like to see this historical art installation in one large room, somewhat like a “cyclorama,” but different. i have completed about seven of the paintings so far, and to stay on track, i need to finish nine per year over the four year term. i am seeking funding, but i have not done a good job in seeking. i have been painting houses trying to catch up with the lost finances of a terrible winter and spring. when i have available time, i try to get to the studio to do the Work. research for grants has not found it’s place in my routine, and i have made all sort of excuses like the ones above as to why i have not done sufficient work in the fund finding business. well, i am damn tired of me and all of my excuses. things change now. there is deep investigating to do within myself, and then i will turn me inside-out. ok. i was offered a museum show last week, and it appears as though that will happen in november of 2013… a good two years to paint/prepare. in the meantime, i will be included in the “small packages” show at cumberland gallery on december third from 6-8. the Life is on Fire.