Last week, I began the third of the nine figurative paintings that will be included in my show at the Parthenon in January of 2015.  Now, that painting fights for my attention, constantly.  The image is seared into my greater Vision, like some sort of branding that burns and remains.  I get to meet up with this painting most mornings for a couple of hours before I go to David Lusk Gallery, and we reconvene on some evenings.  The luxury of painting all day (and being broke all month), is gone, and most of the time, I accept that loss… except for those moments when a painting is burning on me.

(I recently saw a photo from a friend of their visit to the Accademia in Florence, where the David is housed, along with a number of “unfinished” marbles by Michelangelo… it is one of the most inspiring sights that I have ever seen.  The Parthenon show is intended to be a sort of dialogue with that installation in Florence.) 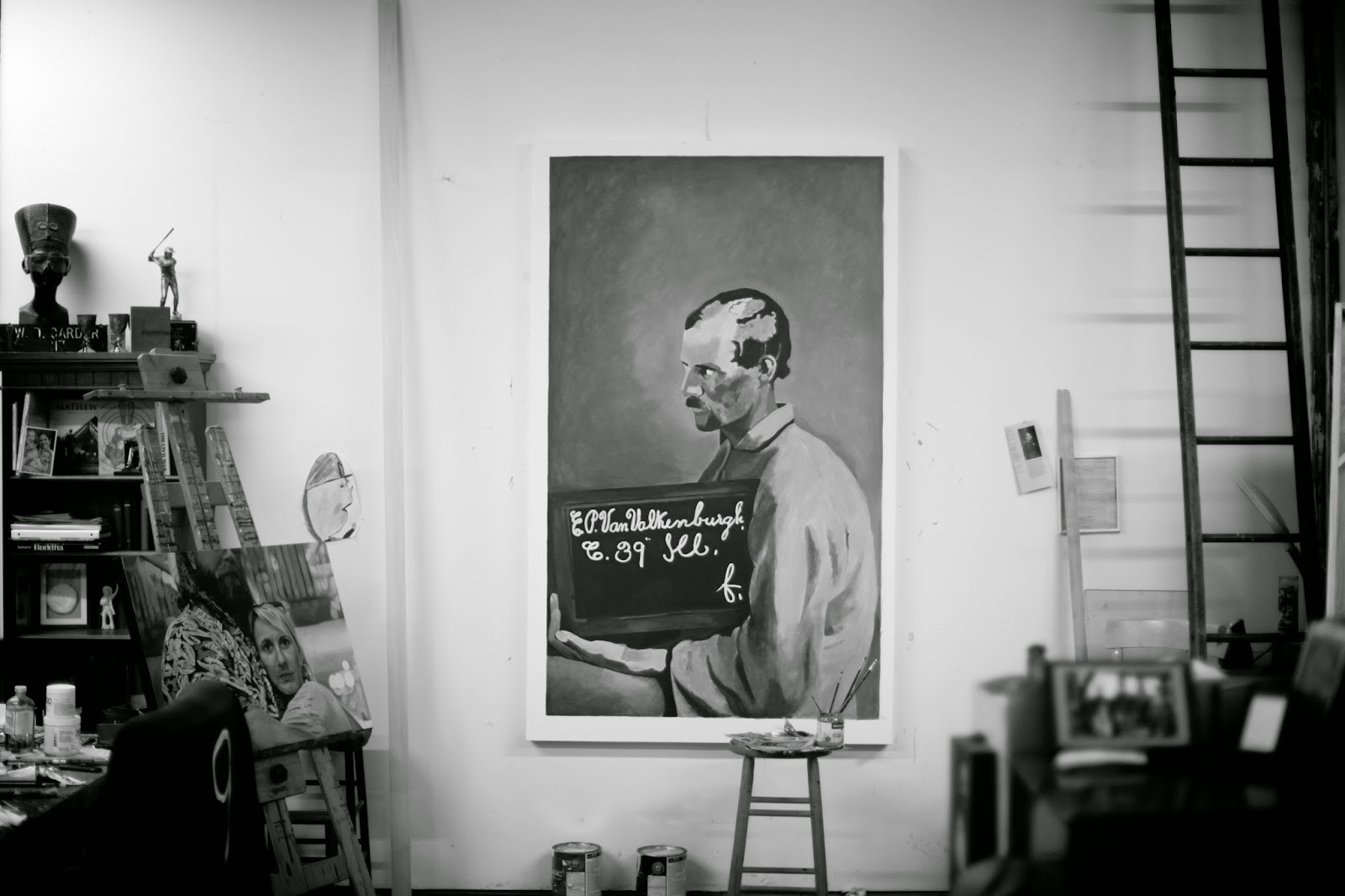